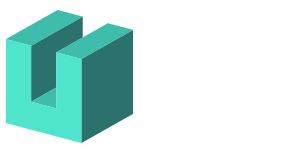 The difference between modern and contemporary styles in terms of architecture is simpler than you might think. Chances are you are here because you do not know the difference, so here you go…

Contemporary architecture is a much more simple style to grasp. Contemporary simple means of current time. With this definition, the term contemporary could be applied to Roman architecture from a perspective of that time period. Architecture in general is a unique art form in the fact that buildings remain in our constant lives, theoretically forever unless they are destructed.

Read more… Modern House Designs That Are Trending This Year

Important Things To Consider When Designing A Public Building

5 Common Roofing Damage You Should Not Be Ignoring

New materials are invented everyday but wood has s

An example of an interchange where its designers o

Load More... Follow on Instagram
All materials were taken from the Internet and are assumed to be in the public domain. Legal Policies
MORE STORIES

Kobe Bryant Dead What Will Happen to his House in Newport...