The Best Hiking Trails in Tenerife 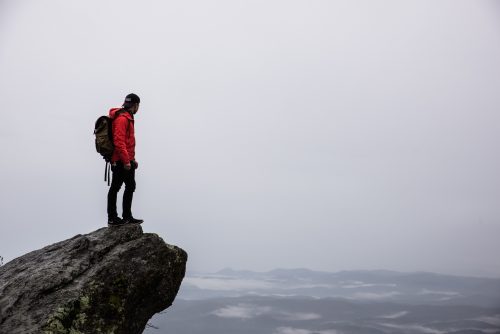 Tenerife is a gorgeous part of the world for tourists – but it isn’t just about lounging around beside the pool (or the sea). If you’d prefer an active holiday, then you might take advantage of the wealth of hiking trails that the island offers. The best trails to be found are in the Anaga and Teno mountain ranges, with the Teide National Park being of particular interest. You can even book your airport transfers in advance and maximise the time you spend out hiking.

Let’s look at a few of the trails that everyone should explore.

This trail is to be found in the aforementioned Mount Teide national park. It’ll start with a fairly flat section, which quickly becomes quite mountainous. Along the way, you’ll come across a wide variety of wildlife, especially during summer, with lizards, flowers and birds being particularly prevalent. You’ll also get a glimpse into the geology of the island, courtesy of rock formations. The most spectacular of these is a tongue of lava, called ‘the waterfall’, closely followed by a volcanic chimney called ‘the cathedral’.

At just 3.5km, this circular route packs plenty of eye candy into a very short distance, and links with other trails, like the Uncana, if you feel like you want to extend your hike a while longer. Don’t forget to check the state of the trail before you set out.

This long trail will take you all the way to Mount Guaraja, a dormant volcano which is the fourth highest peak on the island. Near the top, you’ll find a large crater and an observatory. There’s also a great deal of wildlife to be looked at along the way. With an elevation gain of just over 750m and an overall length of more than 10 kilometres, this is a trek that should be attempted by moderately-experienced hikers. Expect it to take around four hours. Since you’ll be exposed for much of that time, make sure that you’re adequately stocked up with water and sunblock.

If you’re looking for something a little on the approachable side, then this easy hike along the coast might appeal. There isn’t much in the way of elevation, making it an easy hike even for those with little experience. With that said, there are still plenty of narrow cliffside paths where extra care and attention should be paid. In the winter, it’s worth exercising extra caution because it can get very windy, or foggy.

You’ll be rewarded with spectacular views and plenty of interesting caves to rest in on your way around. The crown jewel of this particular attraction is the view from Roque de Taborna, which is among the best in the entire Anaga national park.

Extending The Life Of Your Pool With Regular Swimming Pool Maintenance
Pat Perez House: The Scottsdale Home
How To Choose The Correct Tungsten Grinders For You
Here Are Some Benefits Of Crystal Infused Candles You Must Know