Top 5 home designers in the world 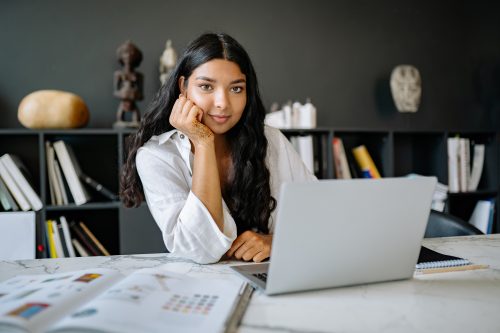 Interior design is one of the fastest growing design branches nowadays, and almost everybody who considers buying a new place should at least have some idea about different styles and concepts. Whether you are a DIY enthusiast looking for inspiration, or an architecture student trying to expand your knowledge, here’s the list of some of the most influential people in the industry. However, keep in mind that it’s just the tip of the iceberg, as there are countless design studios specializing in different niches for various tastes.

Being one of the most influential designers in the United States, some consider her to be a rock star of interior design. For more than 20 years she’s been creating insanely luxurious, eclectic spaces in boutique hotels all over the world. According to her, if you buy all the furniture in the same store – it looks flat and unexciting. Instead, she plays with different sources to create slightly eccentric designs. She graduated from Massachusetts College of Art in Boston, but what is a role model of hers? Her family for sure – her dad being an engineer and mother selling antique pieces, these two probably played a massive role in the development of Kelly’s style. Some essay examples mention that she used to help her mother when visiting flea markets and bidding vintage pieces.

A world-famous duo present since 1989, the company was founded by Leo Marmol and Ron Radziner. Their philosophy? They don’t just do home design – they do everything connected to it, including designing space around the house, creating custom furniture specifically for each project. Their designs are famous for being coherent with the surrounding environment. Perhaps that’s why many famous people including Tom Ford or Demi Moore chose to trust this duo when designing big, luxurious mansions.

This designer not only impresses everybody with his portfolio, but also with his characteristic image. Peter Marino is best known for his work with high fashion boutiques, including projects for Dior, Chanel, and Giorgio Armani. And the fact that so many of these brands turn to him shows how capable he is of new ideas, so nobody feels like they were copied. Ever since he’s finished his education, he’s been working with VIPs from all over the States. In 2017, the City of New York honoured him with the Design Award for his contribution to present and future generations.

The first European designer on the list, Pinto graduated from École du Louvre, a Parisian school similar to a university. Later on, he set up a photography agency specializing in interiors – that’s how he found his calling. In his work, he drew inspiration from multiple cultures, especially from eastern nations and their exotic style. He emphasized comfort, suitability for the owner and the joy of living in the space afterwards. His breathtaking projects range anywhere from private jets, luxurious yachts, palaces all the way to corporate buildings. Even though he is no longer with us, his legacy still lives on – the French design company is now led by his sister, Linda Pinto.

One of the Top 100 designers according to Architectural Digest, she is best known for using unconventional materials and mixing them with 20th century furniture. In her mind, a

space is finished, when you can no longer take something away from it without noticing the emptiness. Together with her team of professional designers, they work on both commercial and residential projects under the name Emily Summers Design Associates. In comparison to other designers mentioned above, she can be considered a local artist – with a big portion of her portfolio being in Texas.

The world of interior design is full of endless possibilities and opportunities for different artists. It is welcoming to all: furniture, interior and even graphic designers. No matter what skills you possess – there’s always something awaiting your creativity.

The famous designers mentioned in this short essay are just a few inspirations, hopefully enough to make interior enthusiasts go and seek their favourite style and studios representing it. Whatever your needs may be – there’s always a group of people suitable for your very own taste.

Categories: Design
Tags: architecture student, Boston, college, Design Ideas
Thomas P
I believe in making the impossible possible because there’s no fun in giving up. Travel, design, fashion and current trends in the field of industrial construction are topics that I enjoy writing about.