Who is Eugene Levy?

Eugene Levy is a comedian and actor. He started his career in the late 1970s on the Canadian sketch comedy weird, SCTV. Furthermore, he became famous for appearing in movies such as American Pie, Waiting for Guffman, and National Lampoon’s Vacation. Eugene, along with his actor son Dan Levy, co-wrote and created the hilarious show Schitt’s Creek. The show also starred Catherine O'Hara as Eugene's wife. Dan also plays his son in the show. Additionally, his daughter Sarah Levy also stars in the show. Levy has been married to his wife Deborah since 1977. Check out the Eugene Levy house below.

Where is Eugene Levy from? Ontario, Canada

How much is Eugene Levy worth?

Where Does Eugene Levy Live?

The house has three bedrooms and three bathrooms over 2,000 square feet of space. This home was built in 1950. Furthermore, it features an attached garage, as well as one parking space. There are beautiful stone steps leading from the driveway up to the front door. Additionally, this is a two-story home, with a total of nine rooms. The home features one fireplace, with a wood shake roof. 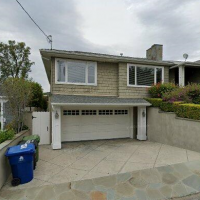 Read More
How Do I Buy my First House?
Thomas P
No Comments

Buying a house for the first time can be an overwhelming experience. It is quite an investment, and it is important to properly understand the details before making such a large purchase. Fortunately, numerous resources are available to help first-time home buyers in Georgia with loans that require no money down. This article will provide […]