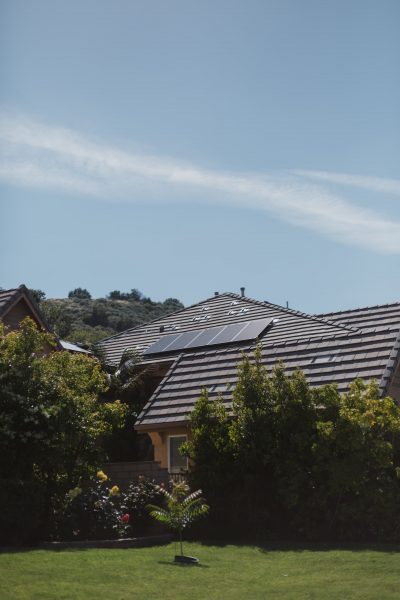 Adding solar panels to your home can save you an average of $1,500 per year. The states where solar panels are the most cost-effective include celebrity hotspots, such as Florida and New York, according to CNBC. If you’re planning a home renovation then including solar panels in your plans is a good idea. But what are the long-term financial benefits of having solar panels installed on your property?

In 2021, the typical U.S. home spent $122 per month on their power bills. The cost of fossil fuels has skyrocketed recently, with households paying an average of 4% more for electricity in February 2022 compared to the previous year. Prices are predicted to keep rising and some states, such as New Hampshire, have warned that electric prices will double this year. Homeowners with solar panels can cut their electricity bills by as much as $1,500 per year. Some lucky individuals even generate enough electricity to avoid having to pay an electric bill altogether. The bigger the solar panels the better, so factor this in when planning your home renovation.

Every homebuyer wants to increase the value of their home so that they have more equity. Kitchen and bathroom renovations are often done as part of a home renovation plan where the goal is to boost the property’s value. But, solar panels should feature highly on this list too. Zillow reports that solar panels add an average of 4.1% to a property’s value. Although, in some states, the amount is much higher. For example, in New Jersey, a property with solar panels is worth 9.9% more than it would be without them. It’s always best to compare the cost of solar panels so that you get the most for your money. A typical residential solar power system will cost between $10,878 and $21,756. You’re also more likely to see the value of your home rise if you live in the Sun Belt or Southwest as these are hotter and sunnier locations and are more likely to generate power.

Solar panels are one of the best returns on investments (ROI) you can pay for. Just one year after installation, your ROI will be around 20%. Home renovations such as a major kitchen remodel have the potential to give you an ROI up to 91%. The problem is everyone has different tastes and some designs and styles will give a better ROI than others. The benefit of solar panels is that they’re uniform. They pretty much all look the same and do the same job, so the ROI you’ll get is almost definite. Another pro is that most people find that their solar panels will have paid for themselves within six to ten years.

All home renovations should include the installation of solar panels. Solar panels are a great financial investment and you’ll financially benefit both in the short-term and long-term.

Categories: Home Technology
Tags: Bathroom, Building Renovations, electricity, financial
Thomas P
I believe in making the impossible possible because there’s no fun in giving up. Travel, design, fashion and current trends in the field of industrial construction are topics that I enjoy writing about.