Who is Don King?

Don King is an American boxing promoter. Furthermore, he is well known for promoting "The Rumble in the Jungle" and the "Thrilla in Manila". Additionally, King has promoted iconic boxers such as Muhammad Ali, George Foreman, Mike Tyson, and Evander Holyfield. In 2008, he was elected to the Gaming Hall of Fame. Aside from his career as a boxing promoter, King also has appeared in several television shows and movies. Some of which are Miami Vice, The Devil's Advocate, and Moonlighting. Additionally, King has three children.  Check out the Don King house below.

Where is Don King from? Cleveland, OH

How much is Don King worth?

Where Does Don King Live?

This estate is located in Paradise, NV. Furthermore, Paradise is about ten minutes from Las Vegas.

The house has eight bedrooms and 6.5 bathrooms with over 8,000 square feet of space. This massive home was built in 1992. Furthermore, it features a carport, as well as an attached and a detached garage. Inside the beautiful home, there is a mixture of carpet, concrete, hardwood, and linoleum flooring. Additionally, there are three fireplaces. This is a two-story home that sits on a cul-de-sac. The property also features a large pool, as well as a lot of outdoor entertaining space. 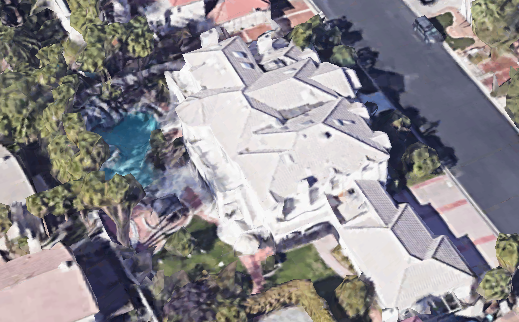