Cristiano Ronaldo is a professional footballer from Portugal. Furthermore, he plays the forward position for Manchester United team. He also captains the Portugal national team. Ronaldo has won five Ballon d'Or awards, and four European Golden Shoes. Additionally, he has won a total of 32 trophies in his career so far. In 2016 and 2017, Forbes listed him as the world's highest-paid athlete. He is the first footballer to earn $1 billion in his career. Additionally, Ronaldo has six children. He also does not drink alcohol, and regularly donates blood and bone marrow. Furthermore, you can take a look at one of his houses here. Check out the Cristiano Ronaldo private jet below.

Does Cristiano Ronaldo Own A Private Jet?

The jet has a cost of $25 million dollars and has a capacity of ten. The capacity for crew members is two people. This luxury private jet features three divan seats. As well as three beds. There is also a luxurious private bathroom on board. As well as an oven, a microwave, a refrigerator, and a satellite phone. The jet boasts beautiful cream leather cushions. As well as gray carpeting. Additionally, the jet was first introduced in 2006. Furthermore, it was refurbished in 2019. Finally, would you like to fly in Cristiano Ronaldo's  Gulfstream G200 jet? 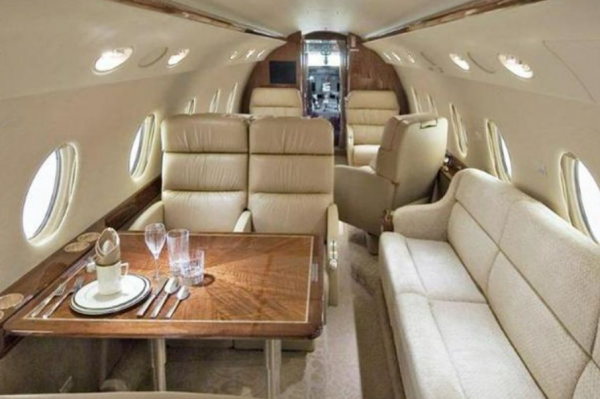