Kelly Loeffler is an American politician. Furthermore, she was the Republican senator of Georgia for only one year, from 2020 to 2021. Governor Brian Kemp appointed her to the position after senator Johnny Isakson had to resign due to health reasons. She lost after running to keep the position. Prior to that, she was the CEO of Bakkt. Furthermore, she was also a co-owner of the WNBA team, the Atlanta Dream. Additionally, here husband  Jeffrey Sprecher is the CEO is  Intercontinental Exchange. They have a combined net worth of $800 million. Check out the Kelly Loeffler private jet below.

Does Kelly Loeffler Own A Private Jet?

The jet has a cost of $10 million dollars and has a capacity of 8-16. The capacity for crew members is 2 people. This midsize jet has a wingspan of 63 feet. The total length is 68 feet long, while the cabin length is 28 feet long. Additionally, there are two engines that give this aircraft a maximum speed of 476 kts. This model was created in 1999. Today there are 454 of them in operation. Furthermore, Loeffler’s jet comes equipped with brown leather chairs, beige carpeting, and overhead lighting. Finally, would you like to fly in Kelly Loeffler’s  Bombardier CL30 jet? 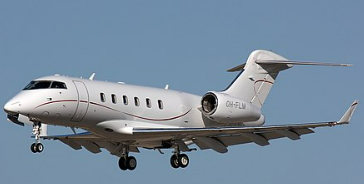