Ron DeSantis is the current governor of Florida. Furthermore, he belongs to the Republican Party. He graduated from Yale University. As well as Harvard Law. In 2004 he joined the United States Navy. Additionally, while DeSantis was in the Navy he became a lieutenant, as well as a legal advisor to SEAL Team One. After he finished a 2007 Iraq deployment, he returned home and became a Special Assistant U.S. attorney. Additionally, in 2012 he was elected to Congress. Furthermore, in 2018 he became the governor of Florida. Check out the Ron DeSantis private jet below.

Does Ron DeSantis Own A Private Jet?

No, Ron DeSantis technically doesn’t have his own private jet. However he does fly on a state funded Cessna Citation Latitude aircraft while on official business.

The jet has a cost of $15 million dollars and has a capacity of 9. The capacity for crew members is 2 people. This aircraft is typically used for government use. It is about 62 feet long, with a cabin length of 21 feet. Additionally, it features a PW306D1 engine that is able to get a maximum speed of 446 kts. The usual interior of this aircraft is white or cream leather upholstery. As well as tan carpeting. Finally, would you like to fly in Ron DeSantis's Cessna Citation Latitude jet? 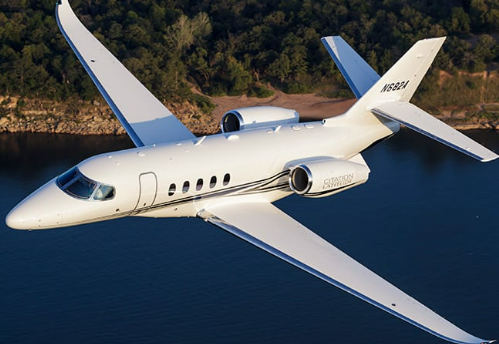