Who is Aaron Donald?

Aaron Donald is a player of football. He is a football defensive tackle. At Pittsburgh, Aaron played college football. Furthermore, he has been playing for the Los Angeles Rams of the NFL (National Football League) since 2014. Aaron was born in Pittsburgh, Pennsylvania, on May 23, 1991. In addition, Aaron Charles Donald is his full name. He has achieved several awards, including NFL Defensive Rookie of the Year 2014 and two Sporting News NFL Player of the Year awards. He also received Bronko Nagurski Trophy, Chuck Bednarik Award, Lombardi Award, and Outland Trophy. Check out the Aaron Donald house below.

Where is Aaron Donald from? Pittsburgh, Pennsylvania, U.S

How much is Aaron Donald worth?

Where Does Aaron Donald Live?

The home is located in Calabasas, CA. Furthermore, it's in Los Angeles County and best for those mainly looking for a high-quality lifestyle with privacy.

The house has six bedrooms and seven bathrooms with over 7,000 square feet of space. Furthermore, the beautiful property sits on 0.90 acres of lot size. This incredible single-family home was built in 1996. Moreover, the kitchen is lovely and spacious and has a kitchen island. Also, it contains a walk-in pantry. The home also features sliding doors, beamed ceilings, fireplaces, and a balcony. The estate boasts a large family area, a separate playing area, guest quarters, and a maid quarter. There is a primary suit upstairs, as well. In addition, amenities include four car garage. The home's exterior features a barbeque, a covered patio, and a sparkling pool. Aaron has recently sold it for approximately $ 6.25 million. 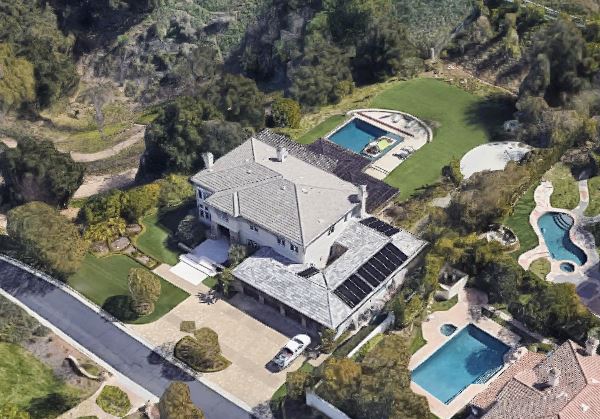 Finally, I hope you enjoyed reading about Aaron Donald's home. Furthermore, please leave your thoughts and comments below. Lastly, read some other articles like this one on our frontpage.